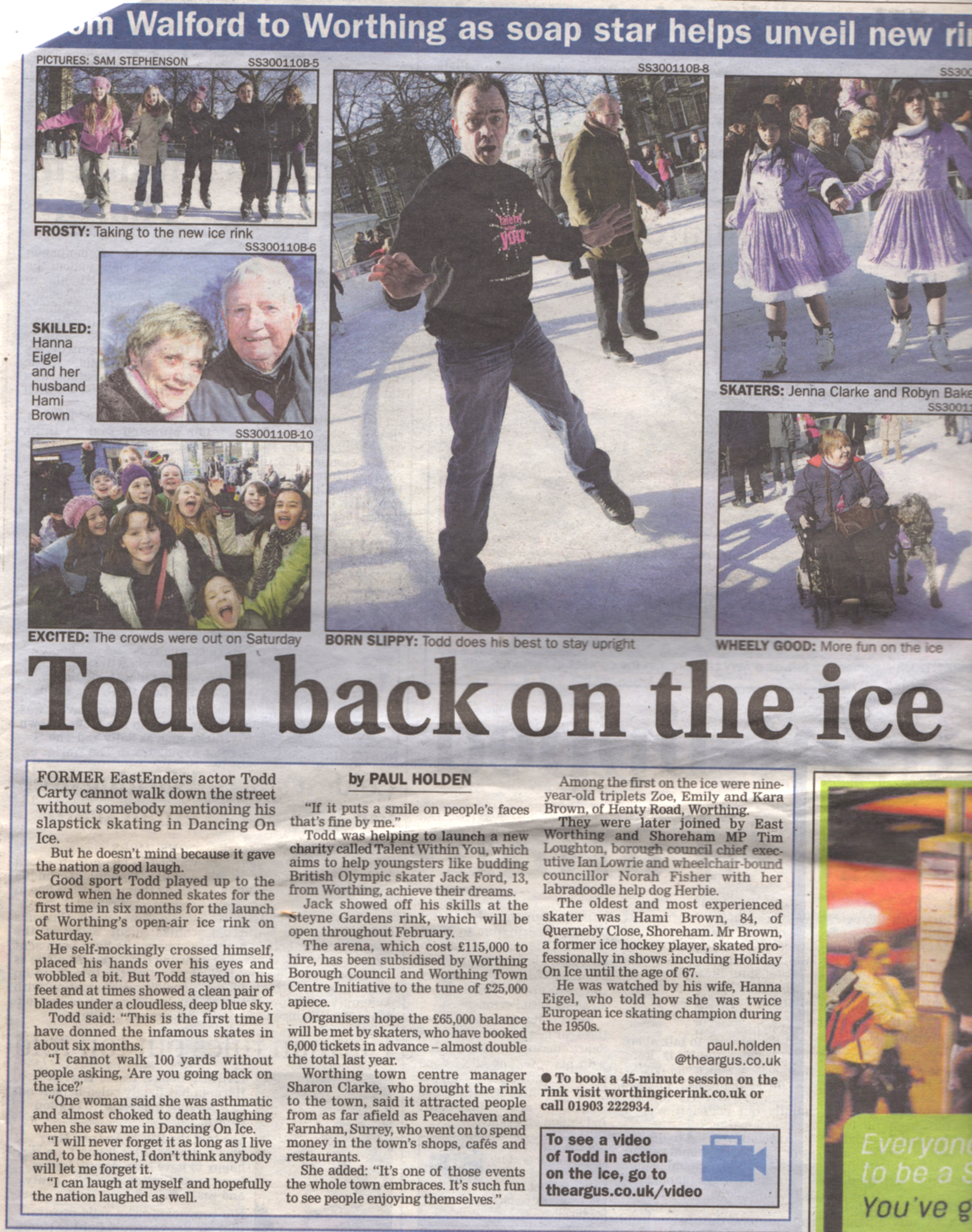 Talent Within You helped Jack Ford in three ways:

Todd Carty was appearing in Panto at Worthing Theatres that year. Most of us know about Todd’s Dancing on Ice appearance. We had the ice rink in Worthing that year and we invited Todd to dance with Jack as part of Jack’s PR.

Grant for one month of ice dance lessons

Four years on from when Jack first put on his skates, he was a runner up in the British Ice Dance Championships 2009. Jack was home schooled because he trained throughout the week in London. He was trained by Dianne Towler Green who was four times European and World figure skater champion. Talent Within You gave Jack a grant for on month of lessons with Diane Towler Green.

We put Jack forward for Splash FM’s Community Awards and Jack won Sports Personality of the Year. Our promotional video is below.